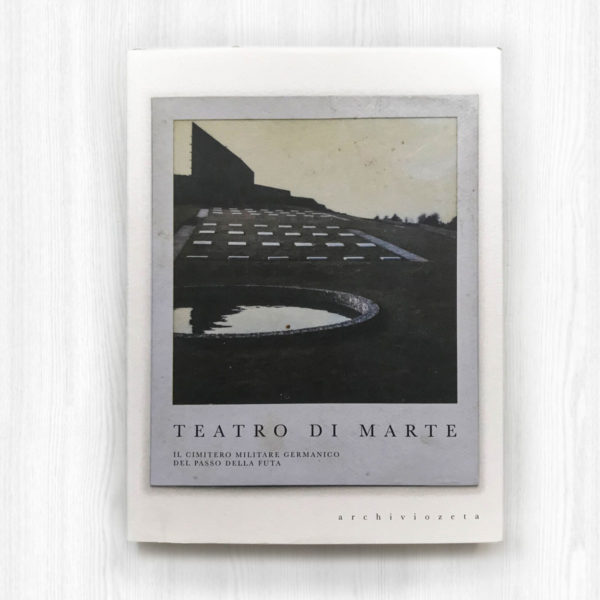 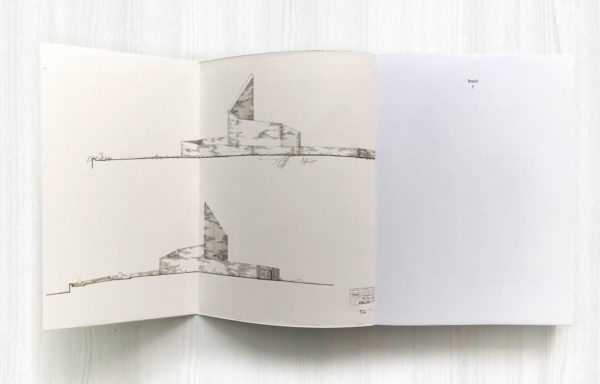 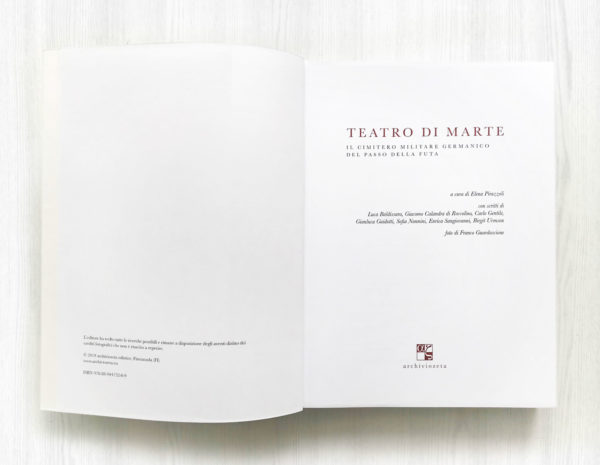 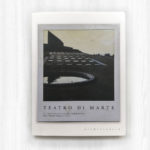 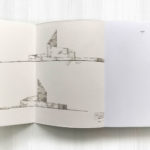 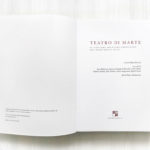 On the 50th Anniversary of the inauguration of the German Cemetery of the Futa Pass archiviozeta editrice published their first book of the series leucò: the first Italian study on the architectural project and on the history of the Military Cemetery. Teatro di Marte (Theatre on Mars), an homage to Karl Kraus.

“On the highway that connects Bologna to Florence, in the premises of the Futa Pass, a dark sail made of stone appears among the treetops. Only the ones that take the time to stop by realize that it belongs to the apical element of the German Cemetery of the Futa Pass.

After 50 years since its inauguration, this work is the first study that reconstructs its genesis and design. Nine essays between words and images tell the story of the Futa Pass Cemetery, analyzed in the context of cultural history and architecture, to trace a narrative that is both Italian and German, to interrogate it from the perspective of the German occupation in Italy and a war against civilians: to rethink the Futa Pass Cemetery  as a place of memory and history, but also as setting for a theatre of research that explores human nature between mythology, poetry, and narration of the present times”.

We published a colour-book in order to valorize as much as possible the many unreleased archive images (collected in Berlin and Kassel) and the photographic memory of fifteen years of theatre productions.

German Military Cemetery of the Futa

The cemetery was built between 1962 and 1965 by Dieter Oesterlen and here are buried more than 30,000 young German soldiers, sent to fight on the Gothic Line. It covers an area of 12 hectares and it was inaugurated on June 28th, 1969. It is the largest Germanic memorial monument in Italy. It is a place of memory, sorrow, defeat but also ambiguity: here the enemy is buried. The construction gives the idea of an endless spiral that suddenly stops: it consists of a wall of two thousand meters long that spirals up around the mountain to the top and surrounds the sepulchers of the fallen.

“The WW II German Futa-Pass Soldiers’ Cemetery in Tuscany is a brilliant example of public art  that bears an ideological message. Its German artistic style presents post-WW II Germany processing its history and seeking moral renewal.” (Birgit Urmson, Teatro di Marte) […] The Futa Pass design expresses restlessness. Its aspect changing with every step, it offers no clear horizontals for the gaze to rest upon. The grave-fields stretching over the bulging hillsides offer no comforting uniformity. The memorial varies from fully triangular to needle-like with changing point of view. Seen from the east, it suggests a book closing and/or opening, not yet come to rest, like post-war moral ambiguities.” (Birgit Urmson, Teatro di Marte)